Teake is an outstanding example of a sporthorse-type Haflinger, with excellent movement, size, type and conformation. She also has amazing trainability and rideability! Teake has a wonderful head and neck set, long neck and long, clean refined legs with sloping pasterns and good feet. We have had several generous offers for both Teake and her dam, but these exceptional mares are priceless to us, and will remain at Lilac Farms for as long as they live.
Out of and by the first and only SUPREME mare and stallion in North America!

Every bit as outstanding as her SUPREME dam (even moreso!) “Teake” is by the SUPREME stallion and two-time National Champion Pleasure Stallion, Arno van het Nieshof, a Holland import whose offspring are dominating shows and topping sales throughout the country.

While owned by Carol Kvingedal and ridden by Arianna Barzman-Greenan, Teake rocked the dressage world on the west coast, winning at USDF rated shows in California, including a Reserve Championship at the CDS Junior Championships in early August 2015, and winning Champion as part of the Webb Ranch Junior Riding Team.

In 2010, Teake successfully competed in the USDF rated Dressage Sport Horse Breed Show in Waterloo, Michigan with her daughter, Rhapsody of New Horizons (see photo at right). Teake won 1st place in the Haflinger IBC Breed Class–with Rhapsody taking second–and second place behind a Friesian mare in the open four-year-old and older broodmare class! This was Teake’s only show in 2010, as we wanted to give her a much deserved break.

In 2009 Teake had an amazing year under saddle, and exceeded our expectations! She was shown walk trot in English pleasure, western pleasure and dressage classes at numerous show throughout the midwest and on the east coast, and placed in the top of her class consistently, winning a first, many numerous seconds, and several third places in large classes! She also took home two 2009 Tri-State Challenge Awards–English pleasure walk/trot and western pleasure walk/jog! Teake’s trainer said that she was one of the most trainable horses she has ever worked with, with a very willing, honest, eager to please attitude and wonderful rideability.

At the 2009 Keystone International Livestock Exhibition (KILE) Haflinger Show, Teake won first place in western walk/jog, and took second place in several other under saddle classes against tough competition, including suitability for dressage and junior horse under saddle walk/trot! Teake (along with her full sister Zeena) placed first in the Get-of-Sire class, and was first in the mare (any age) bred and owned by exhibitor class, and won second place Produce-of-Dam!

At the 2009 Buckeye Haflinger Show–Teake’s first time showing under saddle in performance classes–with only three months training, Teake won second place in a very large open western pleasure walk-trot class with 15 entries!! The next day, Teake again won second place in a very large open English pleasure walk-trot class with 17 entries!! We couldn’t be more proud of her, and are very grateful to Jennie Deephouse and the Dreamfield Manor Farm family for all of their wonderful training. Special thanks go to Teake’s rider, Casey Deephouse, for showing Teake for us! Casey and Teake also placed third in a very large walk-trot equitation class! See our show results page for a complete listing of Teake’s placings this year.

Rhapsody of New Horizons
2010 Filly by Alfa of Genesis 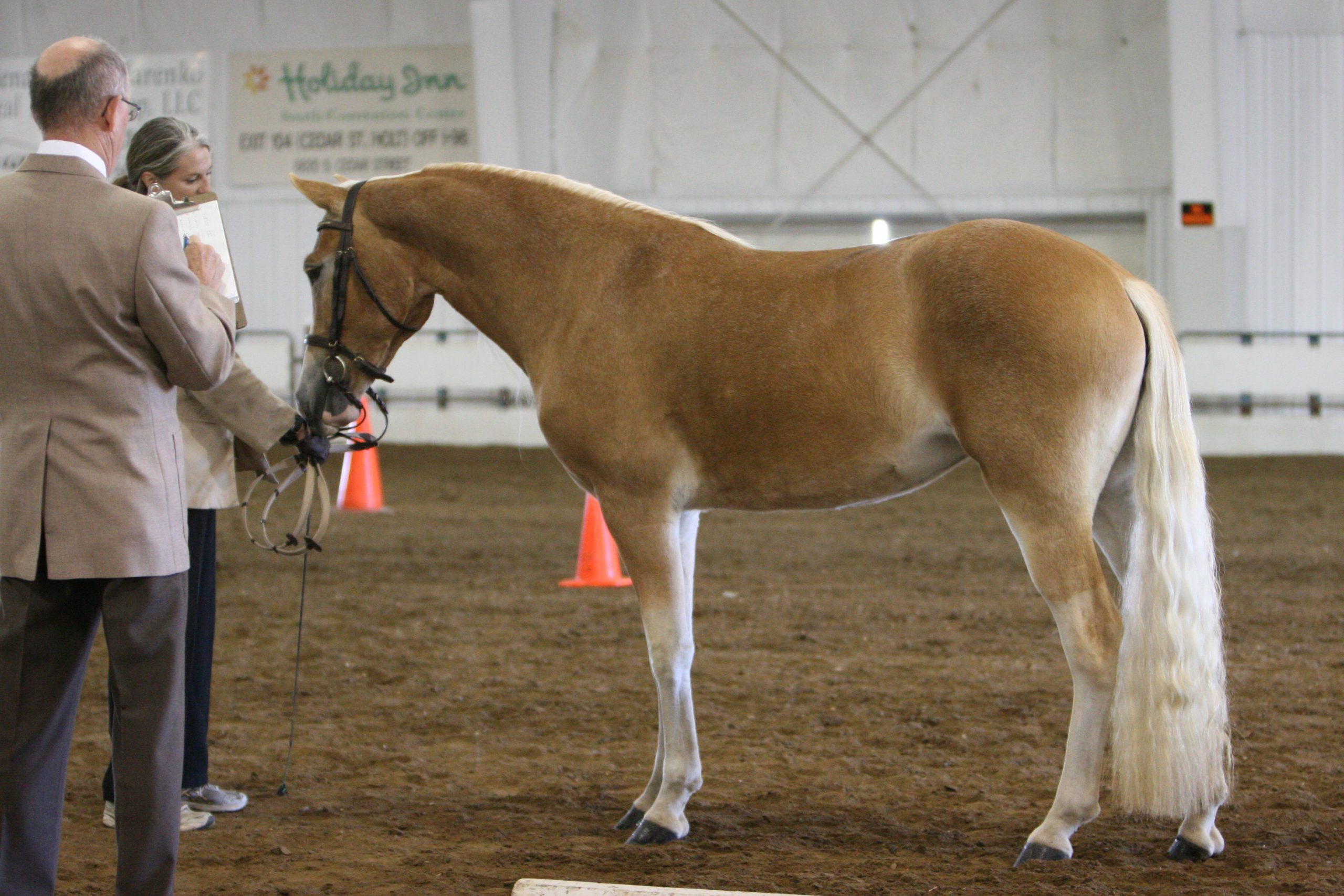